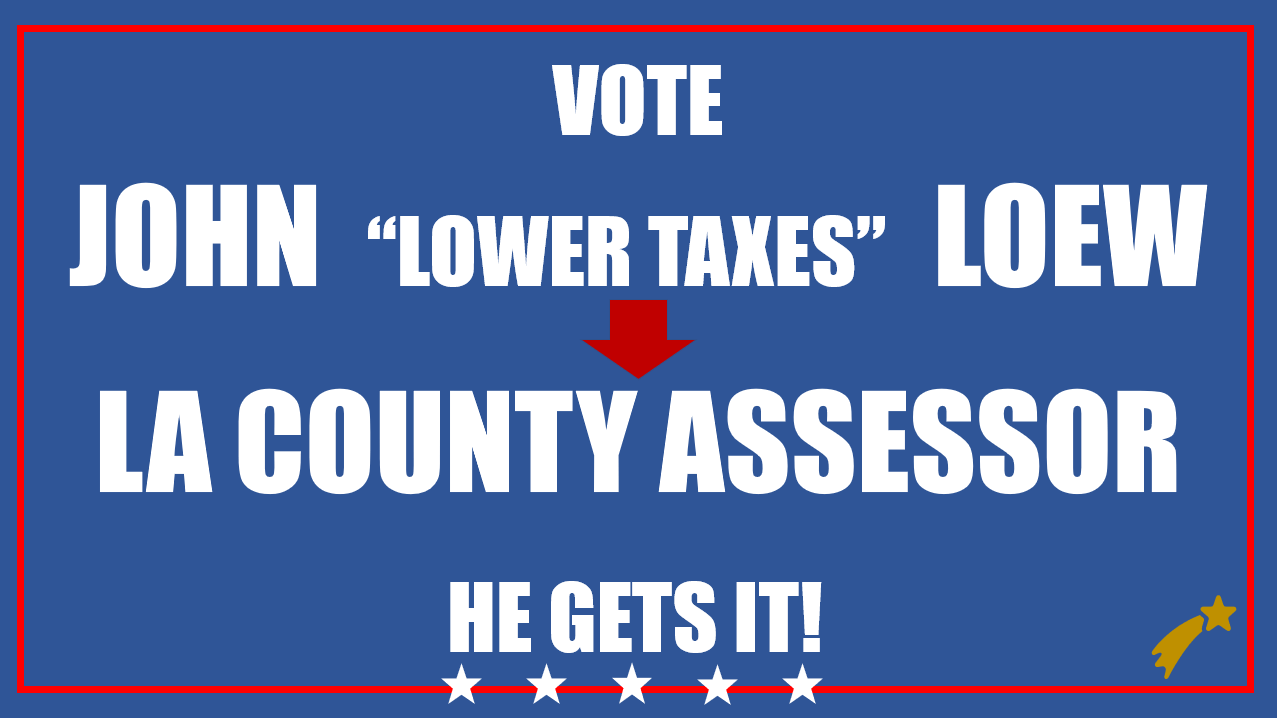 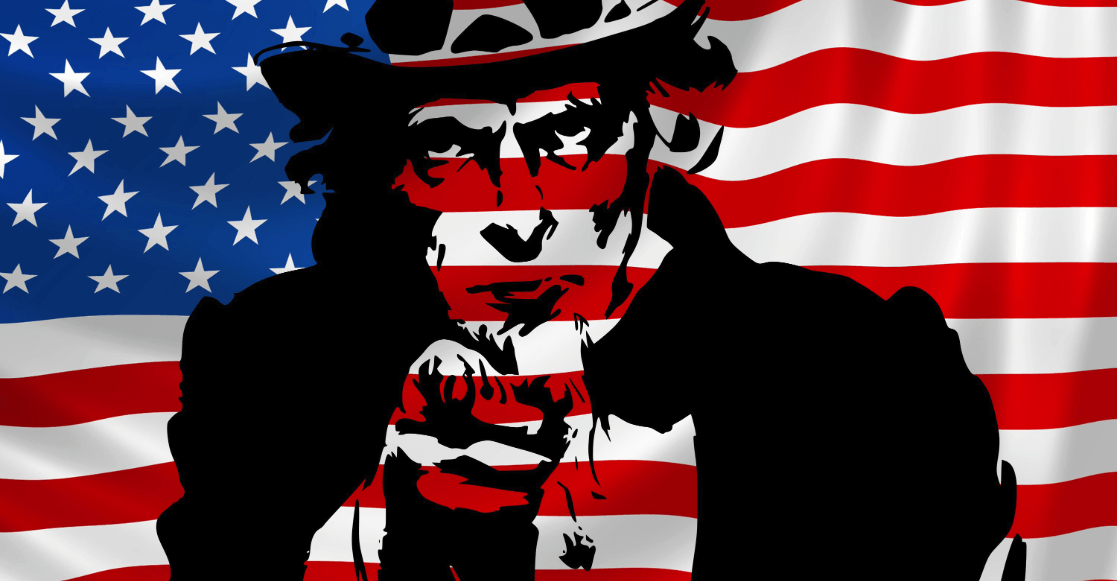 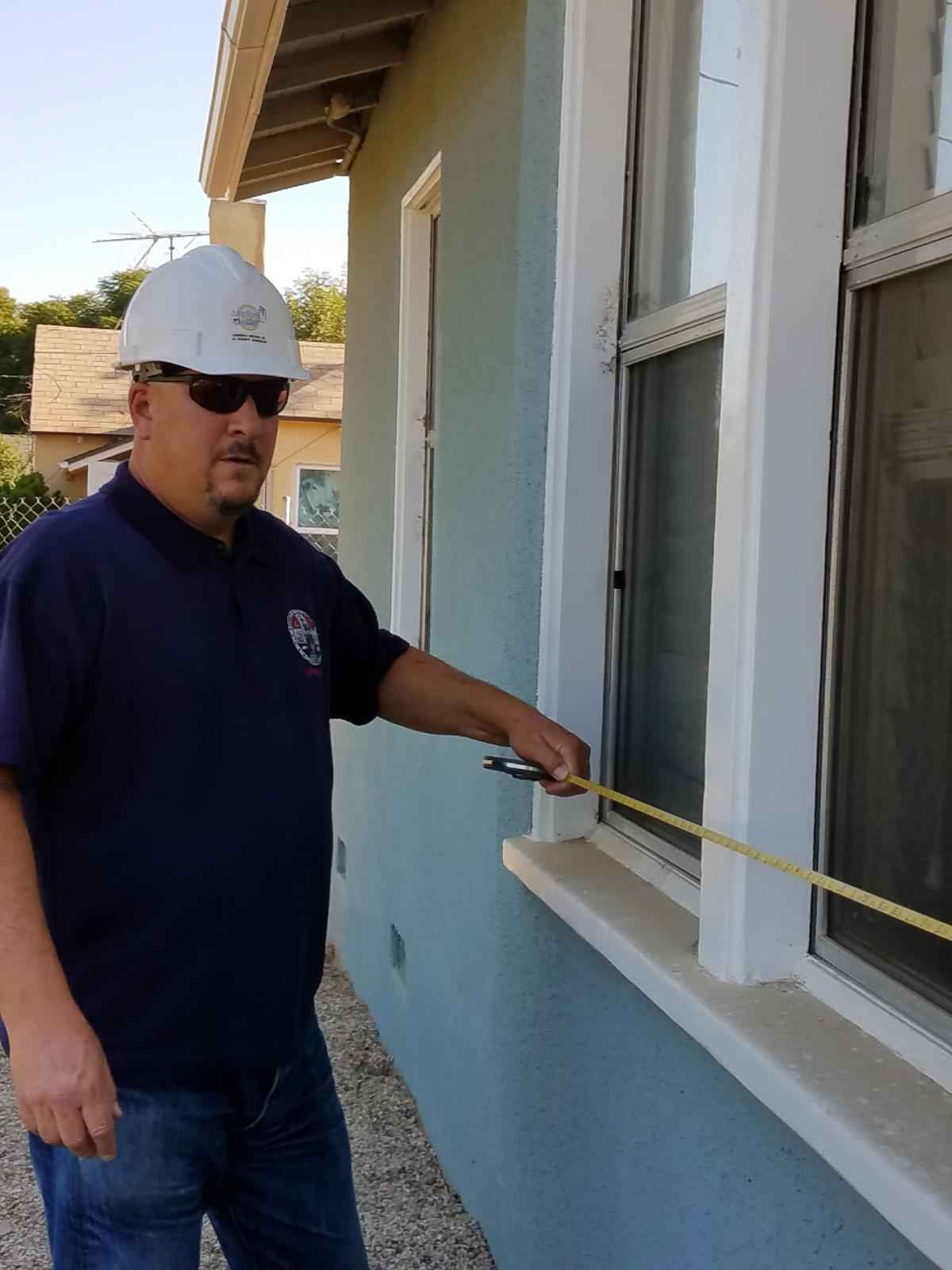 John Loew has spent his entire professional career serving you and LA County.  He has 29 years of experience serving as an LA County Deputy Assessor.  He has provided independent, objective, and unbiased valuations of all types of real estate, including single and multi-family housing, vacant land, commercial and industrial property, and has earned an advanced appraisal certificate from the California State Board of Equalization. 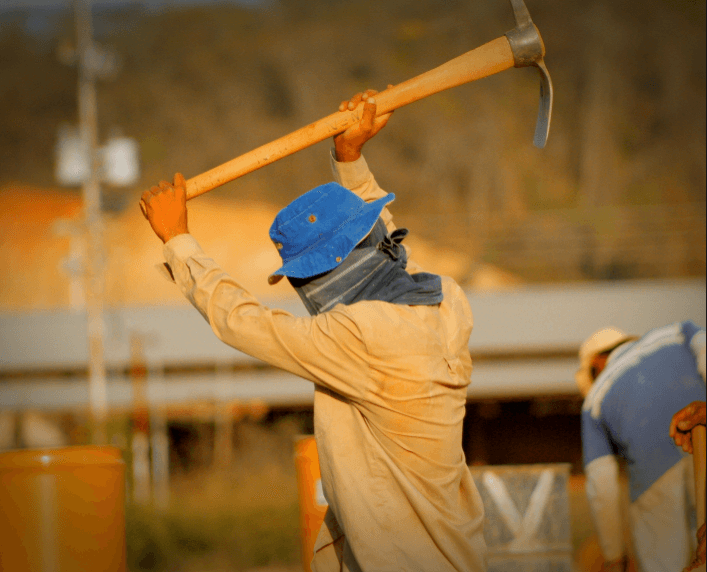 You can all probably attest to this, no matter what industry you work in, that on the job training and becoming certified in what you professionally do, is really the only way to understand your industry.  Any working man or woman would agree with that!

On the job experience allows you to see the ups and downs, and the trends in the current market, so you can make an intelligent decision based on your experience performing the job, and not allowing outside groups to persuade you, as some past Assessors have done.

WHERE EXPERIENCE COMES FROM WORK 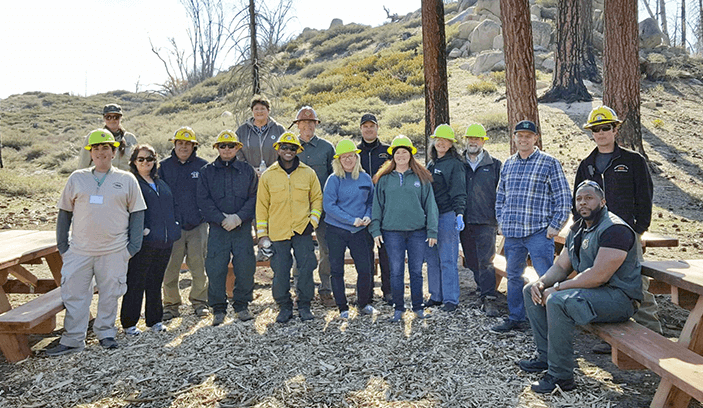 We feel it is time to bring the working man to the front line.  Someone with the proven experience, certifications, and 29 years of experience to hold the position of LA County Assessor.  Someone who understands the office, and what needs to change, because they have spent almost 30 years, blood, sweat, and tears.

Now, lucky for you, John also brings a passion of lower taxes.  Fair taxes, by the law, but reasonable.  He is always looking out for the residents to ensure they can save every legal penny they can.

JOHN "LOWER TAXES" LOEW
THE ONLY ONE QUALIFIED &
​​​​​​​RUNNING WITH EXPERIENCE! 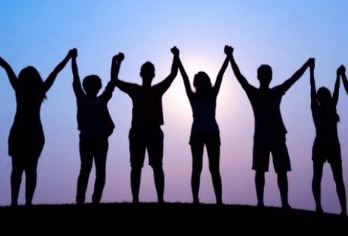 ​​​​​​​Because they work the counter alone, they don't have enough time to provide adequate service. Any problem that requires more than a few minutes to solve must be passed along to another appraiser, who will investigate the problem, resolve it eventually, and hopefully contact the Taxpayer with the solution.

TOGETHER, WE CAN MAKE A CHANGE 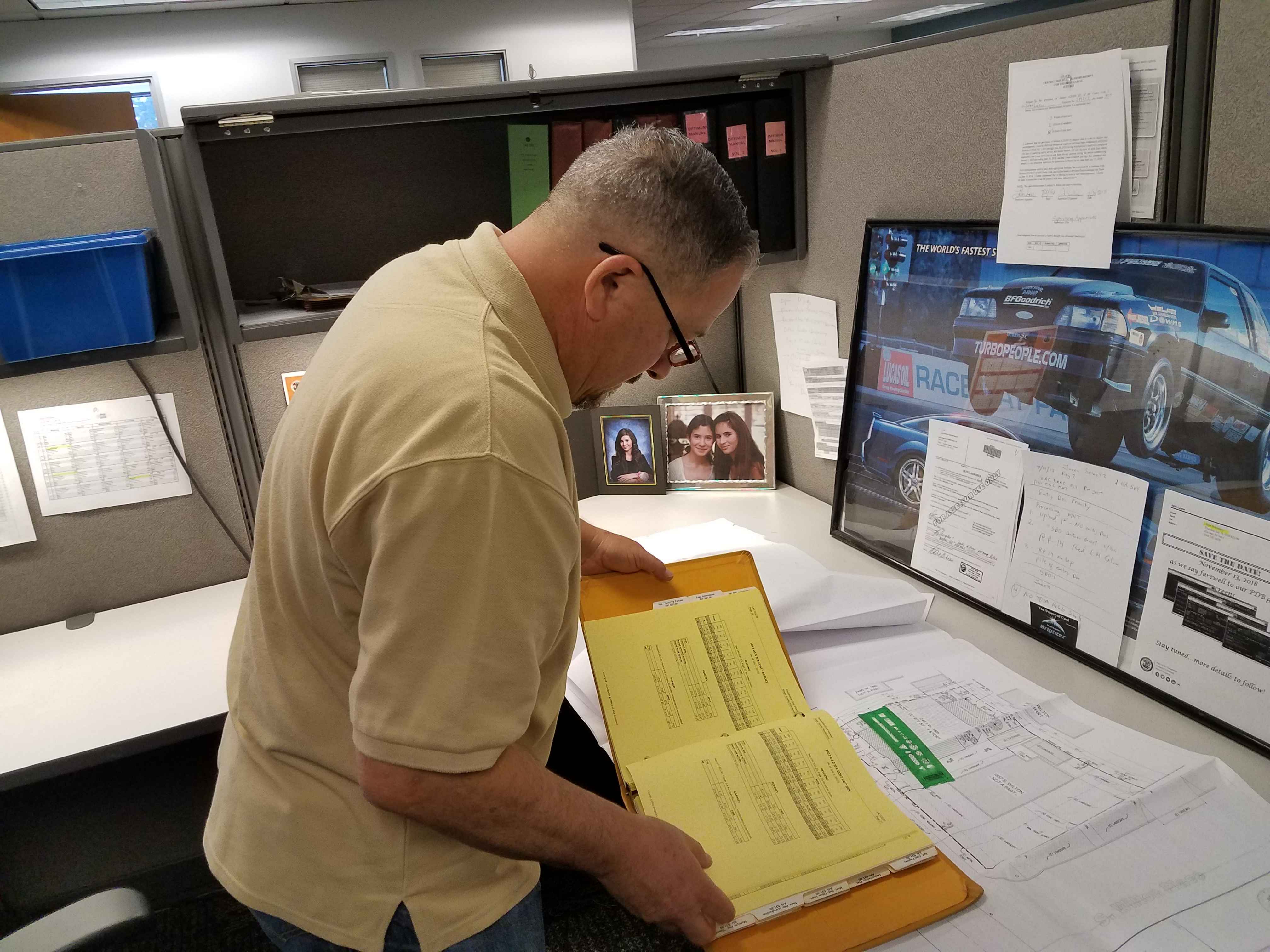 I believe that the citizens of LA County are over taxed as it is, without any benefits showing for it.  We have one of the highest sale’s tax, we just got a new gas tax, and now they are proposing a new parcel tax.

​​​​​​​All these new taxes, and wages haven’t increased, healthcare fees have increased, schools haven’t improved, roads are not safe.  So where is all this money going?  I believe if the people keep their money and spend it, it will naturally boost the economy.

WHY IS THAT SO IMPORTANT TO ME 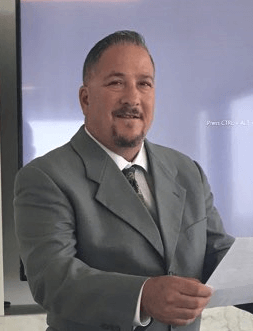 Everything starts with the Assessors' office.  All the funding for public services comes from our department doing our jobs correctly.  Over the years, I have seen many of the public services I enjoyed growing up with, are now no longer available for my children and many other LA County residents.  I have seen financial aid being cut while college tuition goes up.  I have seen gas taxes increase with road quality deteriorating, along with public transportation and other services go downhill. I have seen top level government employee salaries increase while the working class barely get a cost of living adjustment.

Born and raised in LA County, I always enjoyed the benefits of living in LA county.  This is where I have raised my two daughters.  I have always strived to make the community I lived in a better place.  This is why I dedicated myself to the la county assessor office for 29 years. 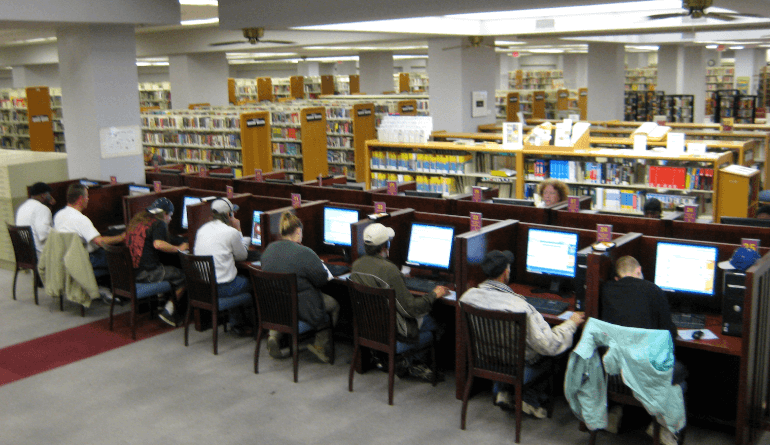 All Public Service will be monitored for quality and timeliness, and promotions will be decided by the quality of the public service provided by the staff. I do not believe in rewarding copious, or poor-quality work, with promotion to a higher position.

I am sure you have been bypassed or seen someone bypassed for a promotion they deserved.

​​​​​​​I am like you, if you put in the work you should get the promotion.  One of the primary functions of any government agency is public service. Under a John “Lower Taxes” Loew administration, public service will become the highest priority.

UNDER A JOHN “LOWER TAXES” LOEW ADMINISTRATION, PUBLIC SERVICE WILL BE A TOP PRIORITY 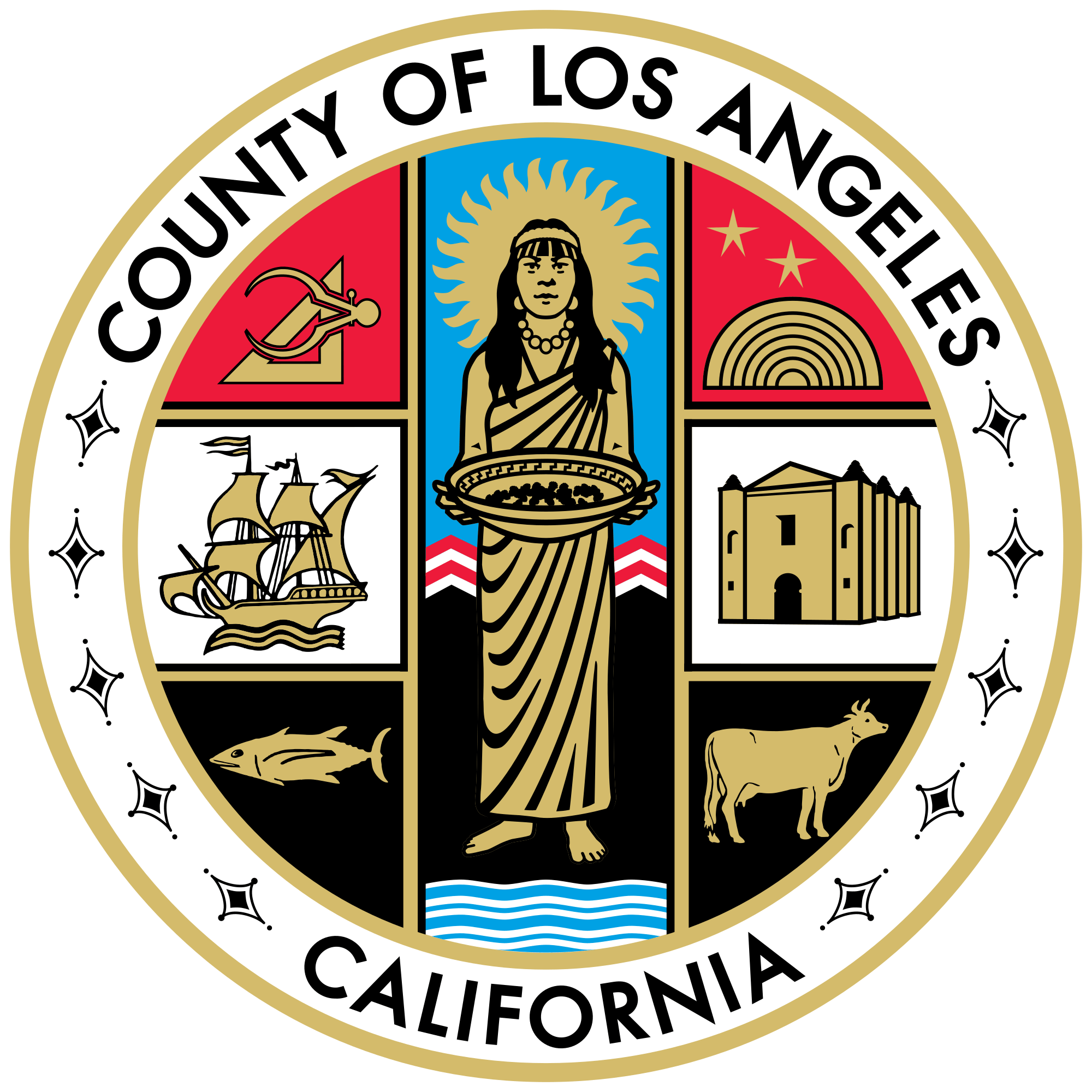 I know the LA County Assessor’s office inside and out, top to bottom, backwards, forwards, sideways, and upside down!  I have done the work of the office, for close to 30 years.  No one else running can say that.

​​​​​​​No one understands the internal issues of the office better than I do.  We are still trying to clean up all the final pieces to the devastating allegations of 2012.

WHY DO I FEEL COMPELLED TO RUN FOR THE LA COUNTY ASSESSOR? 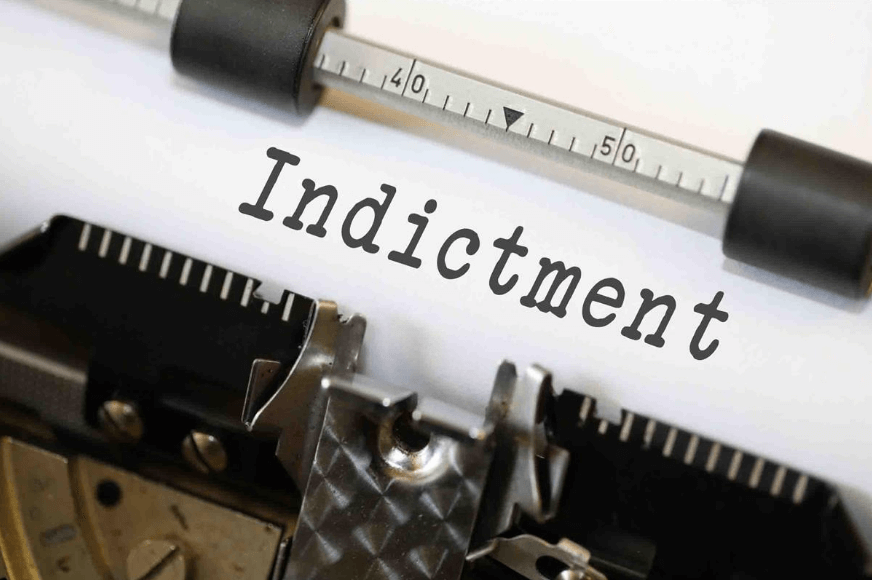 Noguez and Prang worked together, while Noguez (former Assessor) was being criminally indicted, according to La Weekly, to help him clear up the Noguez bribery allegations of 2012.

Although Prang will rarely admit it and changes his story, Noguez and Prang were long-time friends; According to an article in wehoville.com, “Prang, a long-time friend of Noguez, began working for the Assessor’s Office in March after nine months of unemployment, and just as the investigation into Noguez and his office intensified.”

According to the above article, it appears as though they were all working together.  That seems to be how the political types work.  You do not need to earn your position, your friends merely hire you, when they need your help.  One thing to note, as seen above, Prang’s duties had nothing to do with being an Assessor or an appraiser.  In fact, none of the past positions he has held have anything to do with being an Assessor. Politician-Yes; Assessor-No.  ​​​​​​​

​​​​​​​"Prang first met Noguez 20 years ago when he began work under then-Assessor Kenneth Hahn, and the two become stronger friends through the years. Noguez even attended Prang’s swearing in as mayor of West Hollywood on April 16.

Just prior to working with the Assessor’s Office, Prang was Assistant City Manager for the city of Pico Rivera until that position was eliminated.

Prang described his role with the Assessor’s Office as “liaison to the LA County Board of Supervisors, handling government affairs inside and outside of the county, community relations and legislation.”

He also consulted with the Assessor’s media team and came under some fire after he took aim at one of LA Weekly’s stories about the investigation. According to LA Weekly, Prang sent emails to the deputies of the LA County Board of Supervisors claiming that an affidavit helped exonerate Noguez. LA Weekly claimed the affidavit, in fact, implicated Noguez in illegal activity.

Mark McNeil, a top aide of Noguez, and Ramin Salari, a professional property tax consultant, also were arrested and charged on Wednesday.

That brings the number of arrests to four, including that of ex-county appraiser Scott Schenter, who was charged with 60 felonies related to improper tax reductions. Shortly after Schenter’s arrest, Noguez took a leave of absence.” 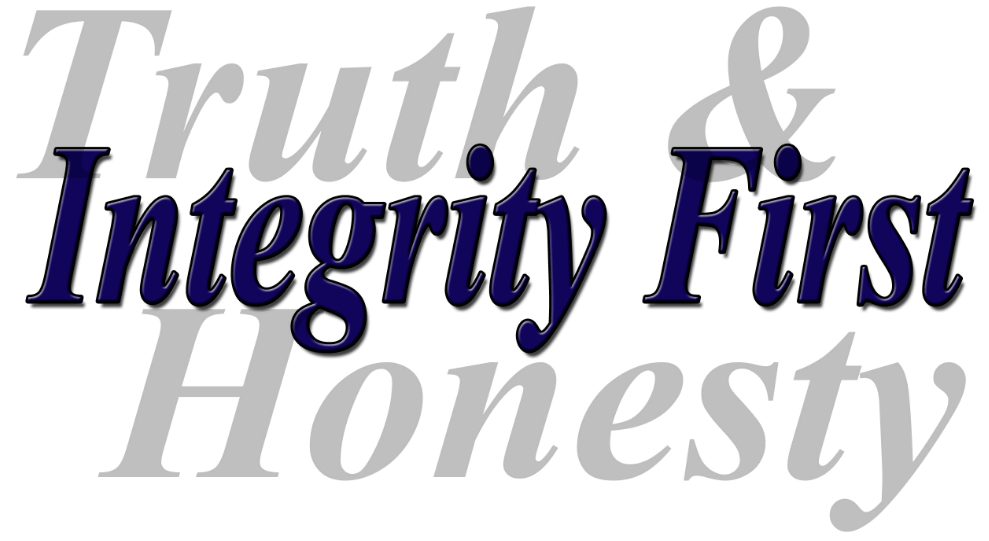 This is a big “WHY” I am ready to step in.  The Assessors' office MUST be LED by someone who has the experience to do the job, has the morals and integrity, and not to just appointed by affiliation.

REMEMBER:  Definition of the LA County Assessor title: Since Wikipedia is a trusted source, we will let you research what the job title entails:

So now you can decide who should be voted in as the next LA County Assessor.  Is the position currently filled by someone who has the proper experience and background?

​​​​​​​More importantly, who is it you want to vote in, who has the experience to perform the job correctly and with the integrity necessary to do the job right. 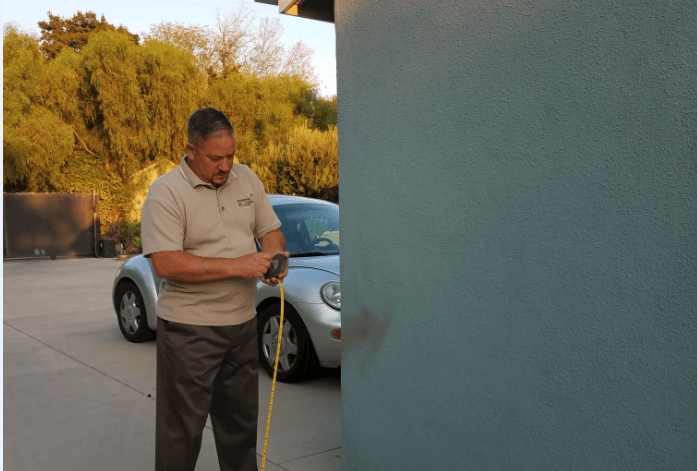 John Loew - A working man and a professional, who has devoted his life to serving LA County.

The only one running who has 29 years of Assessor knowledge and credientials necessary, to earn your vote as the next LA County Assessor.

His goal is to bring "Integrity Back To The LA County Assessor's Office!​​​."